What is a tire

Tires are ground rolling, toroidal elastic rubber products that are assembled on various vehicles or machinery. It is usually mounted on a metal rim to support the body, cushioning external impact, achieving contact with the road surface and ensuring the driving performance of the vehicle. Tires are often used under complex and demanding conditions. They are subjected to various deformations, loads, forces, and high and low temperatures when traveling. Therefore, they must have high load-bearing performance, traction performance, and cushioning performance. At the same time, it is also required to have high wear resistance and flex resistance, as well as low rolling resistance and heat generation. Half of the world's rubber consumption is used for tire production. The tire's ability to use rubber is evident.

The history of tires

The earliest tires were made of wood or iron, which can be seen on ancient Chinese chariots and on overseas gentlemen's carriages. Later, when the explorer Columbus, in 1493-1496, explored the New World for the second time to reach the island of Haiti in the West Indies, he was surprised to find that the local children played with rubber lump. Later, he brought this wonderful thing back to the motherland. After several years, rubber has been widely used, and wheels have gradually changed from wood to hard rubber. At this time, the rubber tire was still solid, and it was still uncomfortable to walk on and it was very noisy. Until 1845, R.w. Thomson, a Scottish-trained civil engineer, invented the pneumatic tyres, and he obtained the British government's patent on the subject of "The wheel of carriages and other vehicles." In December 10th the same year, the first pneumatic tire was born. The first person to buy a pneumatic tire was named Rowe, an aristocrat. The total price of the four tires was 42 lbs. two shillings. In 1847, "Science USA" magazine introduced Thomson's pneumatic tires, calling it an epoch-making improvement. However, the United Kingdom at that time was too focused on traditional gentrification to protect its carriage.

To limit the development of steam cars, the speed of cars is limited to 2 miles per hour (about 3.2 km) in the urban areas and 4 miles (about 6.4 km) in the suburbs. In this way, Thomson's invention had no market, so it was slowly forgotten. In other words, Thomson's first tire revolution did not bring the same light to the human eye, because the darkness that mankind should endure seems to have not yet reached the end. But the sun always comes out, because humans and everything needs it. In 1888, more than 40 years later, in England, the veterinarian's Englishman, JB Dunlop, obtained a patent for a pneumatic tire. At the time, J.B. Dunlop's 10-year-old son, Johnny, bought a three-wheeled bicycle, but because the tires were all solid tires made of hard rubber, they were not walking on a rocky road. Comfortable, his son's complaint inspired Mr. Dunlop's inspiration, so the pneumatic tire that had been forgotten for more than 40 years was once again available. With the progress of the times, the pneumatic tires invented by Mr. Dunlop soon got its application on bicycles and quickly moved into the automobile field, which made a great contribution to the development of the world automobile industry.

The initial pneumatic tires used carcass coated with rubber. Because the vertical and horizontal lines of the canvas cross each other, the tires are deformed due to the deformation of the tires during walking, which causes the lines to rub against each other. In this way, the lines can be easily broken. At this time, the tire can only run 200-300 km. In 1903, Mr. J. F. Palmer invented the twill textiles. The invention of the twill textiles promoted the development of the cross-ply tires, making the life of the tires a major step forward. Because the pitchfork's carcass won't cause friction due to the walking of the tire, the cord is not easily broken, so the life is greatly lengthened. In 1930 Michelin made the first tubeless tyre; in 1946 it invented the world-famous radial tyre. Therefore, the development of the tires has gone through a long process. During this long night, I do not know how many generations have given them arduous labor and superb wisdom.

Under direct sunlight or rain, it will not cause discoloration, generate small cracks, etc.

If you are exposed to direct sunlight or rain, if you leave it outside for a long time, it will speed up the aging of the rubber.

Prevent tires from direct sunlight, ultraviolet radiation, rain, ozone, oil pollution, heat, etc. When storing the tires, it is important to place them in a dark, cool place and let out the air in the tires. Please direct sunlight.

1. Please put the tires indoors when it rains so as not to infiltrate the tires.

2. The tires are oiled or watery and are easily damaged or deformed. So place it where there is no oil and water;

3, please do not put in places that can cause tire scars or deformation;

4, please do not place next to the generator, battery, etc.;

5. When removing the tires for a long period of time, pay attention to the chemicals inside the tires that will stain the floor.

Tire is one of the most important components of a car. Its functions mainly include:

1, support the full weight of the vehicle, withstand the load of the car, and pass the force and torque in other directions;

2. Transmit traction and braking torque to ensure good adhesion between the wheel and the road surface to improve the dynamics, braking and passability of the vehicle. Together with the vehicle suspension, it mitigates the impact on the car. And attenuate the resulting vibration;

3, to prevent the car parts from severe vibration and early damage, to adapt to the high-speed performance of the vehicle and reduce noise while driving, to ensure the safety of driving, stability, comfort and energy-saving economy. 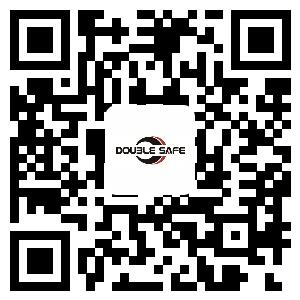